How betaine affects the gut of weaning piglets 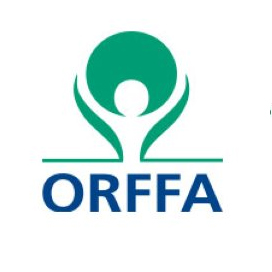 Betaine is a naturally occurring compound, widely distributed in animals and plants. As a feed additive, available in anhydrous or hydrochloride form, it can be supplemented to animal diets for a variety of purposes.

In the first place, these purposes can be related to the very efficient methyl donor capacity of betaine, mostly taking place in the liver. Thanks to the transfer of a labile methyl group, synthesis of various compounds like methionine, carnitine and creatine is promoted. This way, betaine influences protein, lipid, and energy metabolism and, consequently, beneficially modifies carcass composition.

In the second place, the purpose of adding betaine in a feed can be related to its function as a protective organic osmolyte. In that function, betaine is helping cells all over the body in maintaining water balance and cellular activity, especially during stress. A well-known example is the positive impact of betaine on animals under heat stress.

In pigs, different beneficial effects of the supplementation with betaine are described. This article will focus on the role of betaine as a feed additive to support gut health in weaning piglets.

Several studies with betaine reported influences on ileal or total tract digestibility of nutrients in pigs. The repeated observation of an increased ileal digestibility of fibre (either crude fibre or neutral and acid detergent fibre) suggests betaine stimulates already bacterial fermentation in the small intestine, since intestinal cells do not produce fibre degrading enzymes. The fibre fraction of plants holds nutrients, which can be released during this microbial fibre degradation.

An effect of betaine on gut health in weaning piglets, is a decrease in diarrhoea rate. Photo: De Beeldkuil | Marcel Bekken | Orffa

A possible reason for observing an improved digestibility of nutrients, is an influence of betaine on enzyme production. In a recent in vivo study regarding the effect of betaine supplementation in weaned piglets, the activities of digestive enzymes (amylase, maltase, lipase, trypsin and chymotrypsin) in digesta were evaluated (Figure 1). All enzymes, except for maltase, showed an increased activity and the effect of betaine was more pronounced at 2,500 mg betaine/kg feed than at 1,250 mg/kg. An increased activity could be a result of higher enzyme production, but also by improving the catalytic efficiency of the enzymes.

In an in vitro trial, it was demonstrated that by the addition of NaCl to create hyperosmolarity, trypsin and amylase activity are inhibited. The inclusion of different levels of betaine in this test restored the inhibitory effect of NaCl and increased enzyme activity. However, when no NaCl was added to the buffer solution, betaine inclusion did not influence enzyme activity at lower concentration but did show an inhibitory effect at relatively high concentration.

Not only an increased digestibility can explain the reported improved growth performance and feed conversion in pigs supplemented with dietary betaine. Incorporation of betaine in pig diets also leads to a reduction in the maintenance energy requirement of the animal. Hypothesis for this observed effect is the reduced need for ion pumping, an energy requiring process, when betaine is available for maintaining the intracellular osmolarity. Under conditions where energy intake is limiting, effects of betaine supplementation are therefore expected to be more pronounced, by increasing the availability of energy for growth instead of maintenance.

The epithelial cells lining the intestinal wall, need to cope with highly variable osmotic conditions, generated by the luminal content during nutrient digestion. Meanwhile, these enterocytes need to control the exchange of water and different nutrients between the intestinal lumen and the plasma. To protect the cells against these challenging conditions, betaine is an important organic osmolyte. When looking at the betaine concentrations in different tissues, the intestinal tissue contains considerably high betaine levels. Moreover, it was observed that these levels can be influenced by dietary betaine concentration. Well balanced cells will have a better proliferation and good resilience. Accordingly, researchers found that increasing betaine levels in piglets increased duodenal villus height and ileal crypt depth, and that the villi were more uniform.

In another study an increased villus height could be observed in duodenum, jejunum and ileum, without influence on the crypt depth. The protective effects of betaine on intestinal structure might be even more important under specific (osmotic) challenges, as observed in broilers infected with coccidia.

The intestinal barrier mainly consists of epithelial cells, attached to each other by tight junction proteins. The integrity of this barrier is fundamental to prevent the entry of harmful substances and pathogenic bacteria that otherwise will cause inflammation. In pigs, a negative effect on the gut barrier is recognized as a result of mycotoxin contamination of feed, or as one of the negative impacts of heat stress.

To measure the influence on the barrier effect, in vitro tests on cell lines, measuring the trans-epithelial electrical resistance (TEER), are often used. With the application of betaine, an improved TEER could be observed in multiple in vitro experiments. When cells are exposed to high temperatures (42°C), there is a decrease in TEER (Figure 2). The addition of betaine in the growth medium of these heat exposed cells, counteracted the decreased TEER, indicating an improved heat resistance.

Figure 2 – In vitro effect of high temperature and betaine on the trans-epithelial electrical resistance (TEER) of cells.

Additionally, in vivo research in piglets, measured an increased expression of tight junction proteins (occludin, claudin1 and zonula occludens-1), in the jejunal tissue of animals on a diet with 1,250 mg/kg betaine compared to control. Also, the marker for intestinal mucosal injury, diamine oxidase activity in plasma of these pigs was significantly lower, indicating a stronger gut barrier. When betaine was supplemented to the diet of growing finishing pigs, an increased gut tensile strength was measured at slaughter.

Lately, some studies link betaine to the antioxidative system and describe reduced free radicals, lower malondialdehyde (MDA) levels and improved glutathione peroxidase (GSH-Px) activity. A recent study in piglets showed an increase in GSH-Px activity in jejunum, while MDA was not influenced by dietary betaine.

Betaine not only acts as an osmoprotectant in animals. Also multiple bacteria can accumulate betaine by de novo synthesis or by transport from the environment. There are indications that betaine can have a positive effect on the bacterial population of the gastro-intestinal tract of weaned piglets. Total ileal bacterial numbers, and specifically the number of bifidobacteria and lactobacilli, were increased. Also, lower numbers of enterobacteria were found in the faeces.

The low pKa value of approximately 1.8 for betaine, leads to the dissociation of betaine HCl after ingestion, resulting in an acidification of the stomach

Interesting food for thoughts to end, is the potential acidifying effect of betaine hydrochloride as a source of betaine. In human medicine, betaine HCl supplements are available, often in combination with pepsin, to support people with stomach problems and digestive troubles. Betaine HCl serves in this case as a safe source of hydrochloric acid. Although no information is available about this property when betaine HCl is included in piglet feed, it could be of great importance.

For the young weaning piglet, it is known gastric pH can be relatively high (pH>4), impairing the activation of the protein degrading enzyme pepsin from its precursor pepsinogen. Optimal protein digestion is not only important for a good availability of this nutrient for the animal. Moreover, indigested protein leads to an unwanted proliferation of opportunistic pathogenic bacteria, and increases problems with post-weaning diarrhoea. The low pKa value of approximately 1.8 for betaine, leads to the dissociation of betaine HCl after ingestion, resulting in an acidification of the stomach.

That transient reacidification was already observed in a pilot study in humans and in a study in dogs. After a single dose of either 750 mg or 1,500 mg betaine HCl, gastric pH of dogs previously medicated with a stomach acid reducing agent, severely dropped from an approximate pH 7 to pH 2. In the unmedicated control dogs, however, the stomach pH level was approximately 2, independent of the supplementation with betaine HCl.

Orffa develops, customises, sources and offers feed additives concepts for the animal nutrition market. In short: we create, select and deliver. As the feed additive specialist, we have dedicated teams engineering feed solutions with value added concepts for the animal production chain. Our feed solutions aim to overcome challenges faced by the animal production industry. We offer both in-house developed and branded concepts as well as distribution products; the ideal mix of technical products and basic feed additives. Europe is our home base, and EU quality prevails. Our products are available also outside EU via own offices supported by a large distribution network. More about Orffa

Orffa develops, customises, sources and offers feed additives concepts for the animal nutrition market. In short: we create, select and deliver. As the feed additive specialist, we have dedicated teams engineering feed solutions with value added concepts for the animal production chain. Our feed solutions aim to overcome challenges faced by the animal production industry. We offer both in-house developed and branded concepts as well as distribution products; the ideal mix of technical products and basic feed additives. Europe is our home base, and EU quality prevails. Our products are available also outside EU via own offices supported by a large distribution network. More about Orffa