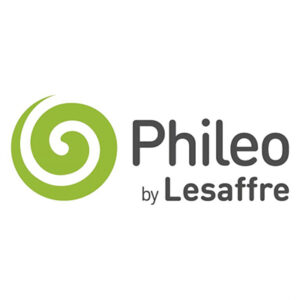 Feed efficiency is key in controlling production costs on a pig farm. In addition, it is also part of sustainability by using less feed for each kilogramme of pork produced. Here we explain how yeast probiotic Actisaf Sc47 elevates performance and feed efficiency in growing pigs and reduces the environmental impact of pig farming.

Modern livestock systems are renowned for the tremendous steps taken regarding efficiency improvements. This is certainly the case in pork production.

Today, market pigs require 4% less feed to produce 17% more carcass weight than 25 years ago. In the US, the feed conversion ratio in growing/finishing pigs improved from 3.20 in 1980 to 2.60 in 2015. Key drivers of these efficiency gains are genetics, but also specialisation, the introduction of electronic feeding systems, better housing conditions and technology contribute to efficiency benefits.

Meanwhile, we have a better understanding of pigs’ nutritional requirements and nutrient availabilities within raw materials. This has changed how nutritionists value key parameters such as energy and protein content. In Europe, for example, it is common to work with a net energy system, enabling more precise feed formulation.

While upscaling has been part of the business model for the past decades, we are now entering a phase where the swine industry looks at optimisation of existing production systems, with an extra focus on the cost of production.

Not only because the markets have changed, but the growth of farms is not always possible or encouraged from a sustainability standpoint. Feed production and manure management (storage, spreading), in particular, as well as land use change from soy production, have detrimental impacts on the environment.

At the same time, pork producers must deal with record-high feed prices and extreme raw material market volatility. When this coincides with low pork market prices, extreme spikes in energy costs and low availability of staff, we find ourselves in a perfect storm, leading to low revenues and high costs.

To survive the ‘perfect storm’, pig producers consider various measures, including a critical evaluation of the feed ingredients used, the amount of feed waste, and feed formulation in general.

Being more efficient on the nutrition part can have big consequences, considering that feed costs represent around 70% of the total production costs on a pig farm. For starters, the raw materials mixed into the diet must be safe, nutritious, and digestible. The latter is very important. You can design the perfect diet on paper, but when the pig is not able to digest it properly, nutrients are lost.

The microbiome plays an important role in the digestion and utilisation of nutrients in the pig. Long seen as the ‘black box’, we are now gaining more understanding on the definition of a healthy microbiome, its role in pig performance and health and how we can positively influence the microbiome through nutrition.

The yeast probiotic Actisaf Sc47 (hereafter called ‘yeast probiotic Sc47’) has been widely used in the pig industry for its benefits on the pig’s microflora when ingested in adequate amounts.

Multiple studies demonstrate that yeast probiotic Sc47 supports a stronger, more robust microbial balance with less variation between individual animals in a herd. This allows pigs to respond more predictively and equally to the nutritional regime provided on the farm, which leads to fewer digestive disorders and improved performance.

The impact of potentially pathogenic bacteria such as Salmonella spp., E. coli and Clostridium spp. will be limited due to competitive exclusion. At the same time, beneficial bacteria such as Bifidobacterium and Ruminococcaceae will thrive. Due to the improved microbiome induced by yeast probiotic Sc47, an improved hindgut fermentation can be observed, which is key to the digestion of fibres.

Improved fibre fermentation in the pig’s caecum and colon leads to higher production of volatile fatty acids like butyrate, propionate, and acetate (Figure 1). These volatile fatty acids provide energy to the microbiome and the host. In other words, the pig has more energy available to grow.

Moreover, meta-analysis of three recent trials with a total of over 23,000 animals, performed in trials in northern Europe, demonstrates the positive impact that yeast probiotic Sc47 has on the average daily gain and feed conversation rate of pigs (Figure 2).

To put this in a financial perspective, a farm with 2,500 places for fattening pigs can save over €20,000 per year due to the improved performance and feed efficiency induced by the inclusion of yeast probiotic Sc47 in the diet. This is based on an average feed price of €400 per tonne and a live weight price of €1.80 per kg.

And, to put this in a sustainability perspective, by reducing feed consumption per kilogramme pork, we increase feed efficiency and the pressure on feed ingredients used. An additional benefit of improved utilisation of feed resources and provided nutrients is the reduction of harmful greenhouse gasses.

A study conducted in 2022 in France demonstrated that the supplementation of yeast probiotic Sc47 to growing/finishing pigs resulted in a 14% reduction of ammonia concentration in the pig houses (Figure 3). This improvement is not only good news for the environment, but also helps to provide better microenvironment for animals and working conditions for farm staff.

Doing even more with even less

Despite their efforts in the past decades to improve efficiency, pig producers encounter increased pressure regarding cost of production and sustainability. This means we have to do even more, with even less.

From the studies presented here, supported by further trials around the globe, it can be concluded that yeast probiotic Sc47 aids the optimal nutrient utilisation resulting in better feed efficiency and higher growth rates. It supports in the farm’s strategy to market pigs earlier (due to faster growth levels), have fewer disease problems (due to the more balanced microbiome), and reduce feed costs per pig (due to better nutrient utilisation).

Consequently, yeast probiotic Actisaf Sc47 reduces the environmental impact of pig farming. All of these benefits fit perfectly with the challenges the swine industry is facing.