Novel gene editing techniques should be viewed in the same way as genetic modification. That has been the verdict of the highest European court. This could have consequences for the way animals are selected as well.

With the verdict, the European Court of Justice has placed genetic companies in Europe at a competitive disadvantage when compared to companies outside the European Union, which can be using the novel techniques, which included e.g. CRISPR-Cas9.

For quite some years, the European Union has had very strict safety regulations with regard to development, cultivation and marketing of genetically modified organisms (GMO). Those regulations were introduced when it proved to be possible to insert hereditary qualities into plants which they originally did not have.

These days, however, more sophisticated technologies have become available, which make it possible to modify DNA within the amount of hereditary traits of one species. Essentially, changes are made within hereditary traits of plants or animals, without introducing new characteristics from others species. That is a crucial difference when compared to GMO, where essentially ‘alien’ characteristics are introduced.

The word ’mutagenesis’ is key in this context – this is the process by which genetic information of an organism is changed, which may happen spontaneously. For a long time, novel gene editing methods were all part of a so-called ‘mutagenesis exception’. Newly developed techniques (after 2001), according to the Court of Justice, should be viewed in a similar fashion as genetic modification – and no longer be part of the exception.

In the verdict, the European judge only made an exception for (novel) breeding technologies “which have been conventionally used in a number of applications and have a long safety record.”

With the novel techniques, it is possible to select plants more quickly than through the classical methods. Those techniques, however, do not exist in nature. The European judge stated that basically, those new selection methods bring about the same risks as traditional genetic modification. New plants (or animals) that have been created using the novel selection methods could multiply in the environment and cross borders. According to the court, the consequences of an introduction like this can be irreversible. 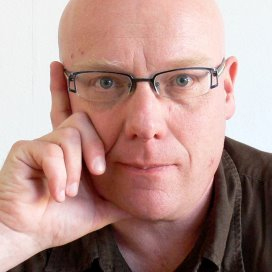