Coronary infections are becoming a more common problem now sows are kept increasingly in groups. Commonly, antibiotics are sprayed on wounds. In the search of finding alternatives to antibiotics, however, the market asks for novel solutions.

Bruises or lacerations can develop on either the sole or heel. The lesions are associated with worn and rough floor surfaces and with floors that have solid as well as perforated surfaces. Rough flooring can also cause bruising in soft tissue below the hoof wall. If spaces between slats are large, digits can be entrapped, and lameness results from bruising or infection at the coronary band. Pigs on expanded metal floors can incur heel and wall injuries leading to loss of accessory digits. Second and third digits may be damaged as the pigs thrust with their feet during suckling and catch their toes against sharp metal edges.

The most common claw lesions within a sow herd can vary based on several factors including management, nutrition and genetics. The lesions of greatest concern are those which penetrate the horn wall into the corium of the foot and cause an inflammatory response. These types of lesions cause pain and locomotion problems. One big problem of claw related lesions are coronary band infections that are located just above the claw, more and more farmers experience problems with this type of lesion.

The main attributing factors to coronary band infections are:

Coronary band infection is an infection of the claw, which becomes swollen and extremely painful around the coronary band (the area where the hoof meets the skin of the leg). It usually starts through an opening on the sole of the foot (caused by a puncture wound or cut), cracks at the coronary band, or from hoof splitting. The infection enters through the crack, or puncture wound, and progresses inside the hoof. The claw becomes swollen and infection and inflammation of the joint often develops. Because the bone of the foot is so close to this area, osteomyelitis (an infection in the bone) can occur and destroy those bones in the foot if left untreated. Signs to look for include lameness, limping, swollen claw, or swelling around the coronary band, which may form an abscess on the surface.

The infection does not heal spontaneously and requires intensive treatment. Untreated sows cannot walk anymore, resulting in less feed consumption. In many cases, these sows are euthanised.

Treatment of this condition requires a high dose of antibiotics for longer time periods, since a poor blood supply travels to the infected tissue. Also, topical treatment and foot wraps to keep the abscess clean and prevent further infection may be required.

Because of the weight of an adult domestic pig, prevention of this condition is difficult. Walking on frozen, rutted ground, or stepping on sharp stones, can cause cuts in the foot pads. Cracks are also a problem in older pigs due to the large amount of weight they carry.

The skin is the largest organ of a pig’s body and it fulfills an important role in the defense against pathogens, regulation of the body temperature, and the prevention from dehydration. The skin consist of two major layers: The dermis with on top the epidermis, see also Figure 1.

When the skin is wounded, the wound healing process is activated to restore its structure and protective function as quickly as possible.

Within the first few minutes after the injury, platelets join together at the injury site to form a fibrin clot, which reduces active bleeding (hemostasis). During the inflammation phase, bacteria and cell debris are phagocytosed and removed from the wound by white blood cells. The proliferation phase is characterised by angiogenesis, collagen deposition, granulation tissue formation, epithelialisation, and wound contraction. Vascular endothelial cells form new blood vessels (angiogenesis), fibroblasts grow and form a new, provisional extracellular matrix (ECM) by excreting collagen and fibronectin. Concurrently, re-epithelialisation of the epidermis occurs, whereby epithelial cells proliferate and ‘crawl’ over the wound bed, covering the new tissue. During maturation and remodeling, collagen is remodeled and realigned along tension lines, and apoptosis removes unnecessary cells.

The main functionality of copper is bactericidal and bacteriostatic. Since Roman times, copper has been known for its bactericidal effects. Less known, however, is that copper also has a role to play in wound repair. An important aspect of wound healing is the formation of new blood vessels (angiogenesis). The most prevalent, efficacious, and long-term signal to stimulate angiogenesis in wound healing is the vascular endothelial growth factor (VEGF). It induces migration and proliferation of endothelial cells and enhances vascular permeability consistent with the purported ability to promote angiogenesis. The expression of VEGF is copper sensitive, which means that when Cu2+ is topically applied, the wound healing process is accelerated. Another effect of topical Cu2+ is the accelerated closure of dermal wounds. In addition, copper is required for a proper functioning of the extracellular matrix protein lysyl oxidase, that is responsible for the cross-linking and thus stabilisation and maturation of collagen and elastin, which is an important aspect of the wound healing process.

Zinc is an essential element for both animals and humans. In the skin, zinc is located intracellularly and in extracellular matrix in epidermal and dermal tissues in the form of protein complexes where zinc acts as a stabiliser of cell membranes and an essential cofactor, and satisfies a central role in mitosis, migration, and maturation. Zinc deficiency of hereditary or dietary cause can lead to pathological changes and delayed wound healing.

Topical administration of zinc appears to be superior to oral therapy due to: 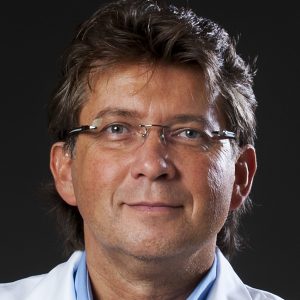