Foot-and-Mouth Disease rampaged through South Korea’s swine industry in 2010 and 2011. Since then, the country’s business has bounced back with a renewed focus on biosecurity and a strict policy against in-feed antibiotics. All in all, a lot has changed. On top of that, an unexpected health issue occurred in the breeding herd.

Up until recently, high-health breeding stock companies in South Korea were regularly receiving complaints from customers about the sudden death of newly introduced gilts. For over five years, companies had been receiving feedback that breeding animals died after they had been struck with an explosive haemorrhagic diarrhoea. Amongst farm owners, not surprisingly, there was considerable anxiety that these ‘broken gilts’ would contaminate the existing herds.

As a result, quite a few breeding farms received an emergency treatment. Rigorous disease surveillance was conducted and farm management quality was increased. Nevertheless, the number of reports from customer farms did not decrease – rather, they increased. What was happening there?

To understand what had been going on, it is good to know the animal health context in which this phenomenon happened, as that played a role in understanding what happened later. Key ingredient is the well-known wave of Foot-and-Mouth Disease (FMD), one of the world’s six OIE reportable swine diseases. In 2011, the virus swept through the whole of South Korea for 126 days on end, from November 28, 2010 to April 3, 2011. In total, 75 areas in six of the nine Korean provinces were affected by FMD.

The virus was a national disaster. Mandatory depopulation of farm units led to a total of 3,470,000 animals which had to be culled. That figure included 150,000 head of cattle, accounting for about 5% of the total head; and 34% of total pig inventory. The economic losses reached more than US$ 27.8 million (see Figure 1).

Figure 1 – Foot-and-Mouth Disease spreading map as of January 30, 2011 on the 63rd day of occurrence, at the peak of the FMD wave. Green areas are non-emerging areas.

The years after FMD

Despite the far-reaching consequences of the outbreak, there was also a positive side to it all. Many things have gotten better since the crisis was over. Both the overall hygiene status of swine farms all over Korea, as well as the farmers’ perceptions towards quarantine practice have improved. Regional and/or partial swine herd reconstitutions have occurred. In order to be certain to be free from FMD, the three unaffected areas became the centres for producing breeding pigs as from 2011. Last but not least, routine disinfection and strict quarantines in each farm have become common practice.

Since the outbreaks, the Korean government has aimed for a status of ‘FMD-free with vaccination’ as a livestock disease control strategy. This came with a penalty policy in case the immunogenicity (i.e. the antibody-positive rate) against FMD would drop below 80% of the herd.

The vaccination policy was conducted nationwide and its application was characterised by a struggle to do so safely and efficaciously. In practice, numerous side-effects were seen, including e.g. a lower immunogenicity, undissolved vaccines at the injection site and corresponding economic losses due to the disposal of the muscle. Farmers witnessed that their pigs were lethargic, anorexic, dull and unwilling to play after having received an FMD vaccination. Plus, they were often unaware of the possibility that pigs could become stressed post-inoculation.

On top of all of this, the Korean government banned the use of in-feed antibiotics on July 1, 2011. That decision was attributed to the continued consumer demand for safe livestock products without antibiotics worldwide.

That, in short, constituted the context of the sick and dead gilt problem in breeding farms. The causative agent responsible for those problems turned out to be Lawsonia intracellularis. The obligate intracellular bacterium normally causes porcine enteropathies of various forms depending on the time of infection, including intestinal adenomatosis, necrotic enteritis, and proliferative haemorrhagic enteropathy. Interestingly, it was known that on approximately 4% of the farm sites,
L. intracellularis showed no detectable infection. Usually, these were isolated breeding farms with closed herds.

Soon, South Korea came to realise that L. intracellularis had probably been around for a long time, but had never been noticed. The question had to be why it suddenly started to cause disease now?

Risk assessment conducted on farms where L. intracellularis was clinically problematic, included the monitoring of both the immune status of the gilts before introduction to customer parent stock farms and the clinical condition of the gilts in high-health status breeding farms. Those results revealed that among the risk factors were stress due to FMD vaccination, stress from injection to determine antigens, and bulk inoculation (simultaneous massive inoculation). The results also revealed that adverse effects were both local and systemic.

Further research showed that these customer breeding farms indeed were positive for antibodies to L. intracellularis. Clinical manifestations, however, had always been very low. In addition, the gilts distributed to the parent stock farms at the time of sale were found to be negative for antibodies to L. intracellularis. In the absence of full immunity through sufficient acclimatisation, the newly introduced gilts showed clinical signs after being transferred into service or to gestating barns. That also explains why existing pigs did not show any clinical abnormalities, even when the new gilts showed signs of diarrhoea or even died.

Wrapping up, as FMD was controlled through inevitable depopulation in South Korea, L. intracellularis became more economically important. That is the reason why ileitis was identified more in high-health status closed farms. In addition, the complete ban of antibiotics usage in feed supplementation seems to have played a role in the emergence of clinical forms of ileitis caused by L. intracellularis because the clinical case had been prevented by marketing antibiotics in feed.

As a take home message, the most important thing is to understand the current disease status of our farms through regular monitoring of when seroconversion occurs or when clinical symptoms occur. Full acclimatisation of newly introduced gilts from high-health status farms is therefore important for healthier gilts and better performance in parent stock farms. To establish preventive measures, vaccination, proper antibiotic treatment and acclimatisation should follow.

* The author works at the university’s Department of Pathology, College of Veterinary Medicine and Institute of Veterinary Science. She can be reached at yeonoh@kangwon.ac.kr.
This research was supported by the Korean Pork Producers Association, the Darby Genetics, and Technology Development Program for Bio-industry, Ministry for Agriculture, Food and Affairs, South Korea. 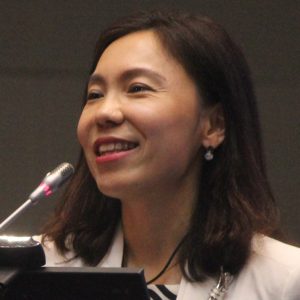 It´s not all about the strains