The sea has not been able to stop the march of African Swine Fever in Asia. In September 2019 the virus was also confirmed in the Philippines. What happened on the islands exactly and what are some of the longer-term perspectives?

The total pig population of the Philippines is around 13 million head, including a 1.75 million sow population. Around 40 % of this total current population consists of smaller groups of pigs held in numerous backyard farms.

Approximately 40 % of the total pig inventory is concentrated in 3 regions: Central Luzon, northern Mindanao and western Visayas, which account for 17%, 13%, and 10% of the total inventory, respectively. Most of the commercial pig farms are located in these 3 areas, see Figure 1.

Figure 1 – Distribution of pig production across the Philippines.

However, the backyard population is spread more thinly across the Philippines, e.g. central Visayas and the Bicol regions both have 10% of the backyard population. Many of the backyard farms across the Philippines purchase weaner age pigs between 5 to 10 kg bodyweight and fatten them prior to sale at 30 kg (‘lechon’ markets) or at 90 kg (pork markets). Pigs are housed in simple backyard structures and fed a range of waste food or by-products, often with some commercial feed added.

Most pigs for sale are aggregated by local dealers and taken to local slaughterhouses or lechon processing facilities. On larger backyard farms, a number of sows may also be housed and used in breeding programmes and piglet production.

Emergence of the Philippines ASF cases

In early September 2019, three backyard farms in Rizal province, just north of Manila in central Luzon reported high mortality losses. One of the affected farmers transported some diseased pigs to the neighbouring Bulacan province. On September 9, confirmation of the diagnosis of African Swine Fever (ASF) led to restrictions on pig movements across central Luzon, in the affected provinces of Rizal, Bulacan and Pampanga. Current reports suggest the spread of the ASF zones north to Pangasinan province. The original cause of the primary Rizal outbreak was suggested to be the feeding of contaminated waste food by-products from Manila sources to backyard pigs.

Because the Philippines are an island nation, this source must have arisen from contaminated imported pork. This confirms the very high danger of imported pork products from positive ASF countries coming into other nations.

On September 13 and September 18, further backyard farms in other provinces – towards the metropolitan area of Manila – Quezon City and Antipolo were confirmed to be positive for ASF. Samples were taken from two separate backyard farms in Quezon City province by Bureau of Animal Industry (BAI) personnel. Testing at the Veterinary Laboratory Division of the BAI indicated that both farms were positive with eight of 45 blood samples positive by real time PCR for ASF. A total of 166 pigs, including all pigs within a 1 km radius of each farm, were culled. The spread is suggested to arise from movement of contaminated feed materials from the initial affected provinces into adjacent metropolitan provinces.

Road blocks have been mounted by armed national police to prevent pig movements between provinces. The local government in Quezon City has allocated 10 million PHP (US$ 193,000) as compensation for removal of suspect pigs. The current compensation rate has been set at 3,000 PHP (US$ 58) per pig. This is near to the current market price for 30 kg lechon pigs but well below the current market price for porker pigs (around 9,000 PHP or US$ 174 per pig). Despite this programme, other cases may be unreported and some affected farmers in affected provinces have disposed of dead pigs into local waste sites and rivers. In total 36 dead pigs were recovered from the Marakina river, which flows from Rizal province towards Manila and three more pigs from local rivers in Quezon City, north of Manila.

Local veterinary authorities are monitoring and depopulating many backyard piggeries across central Luzon, however it is likely that spread to other backyard farms may continue in the near future.

The ASF virus is a large and complex DNA virus with multiple outer layers and numerous mechanisms aimed to avoid an immune reaction in the host pig. There is therefore little likely value in development of a killed or subunit vaccine approach for ASF control. Strategies to develop a suitable live attenuated vaccine have not yet been successful.

The key to ASF control currently relies on depopulation of affected farms and prevention of new cases via strict biosecurity. ASF virus is mostly spread via contact with infected pigs (including wild boars) or pig materials, such as pork meat or offal products. There are few wild pigs in the central Luzon area, however native pigs are common in rural provinces of the Philippines.

There are similarities in the arrival of ASF to the Philippines with its outbreaks of Foot-and-Mouth Disease (FMD) and Porcine Epidemic Diarrhoea (PED) in the past. A major outbreak of FMD across the Philippines occurred in 1995, but was finally restrained by vaccination and eradication to central Luzon by 2004, with Visayas and Mindanao then being declared free. The Philippines including Luzon, was finally declared free of FMD in 2011. There was therefore a number of years where Luzon was FMD positive but other regions remained negative. Currently the aims are to restrict the spread of ASF to central Luzon, with the Mindanao and Visayas regions hopefully remaining free.

A projection of the likely impact of ASF across each nation of South-East Asia, based on its likely impact on commercial and backyard farms, indicates that the Philippines is third only to China and Vietnam in the major losses likely to happen, see Table 1. The calculations are based on a likely infection rate and consequent complete losses among larger commercial farms of 30 % and in backyard farms of 80% of each type of farm.

Changes in the price of pigs and market pressures for likely reduction in supply of pigs are well-recognised features of the aftermath of ASF arrival into a pig farming nation. Some estimates foresee a rise in price of 30-50% in the price of locally produced pork, thus a major reduction in pig numbers can still be tolerated by pig farming businesses to a certain extent. The volume of pork imports is also likely to rise. The imports of pork into the Philippines in 2017 was recorded at 261,000 metric tonnes, with a value of around US$ 400,000 (€ 366,000).

The author can be reached at smcorist@scolexia.com.au. 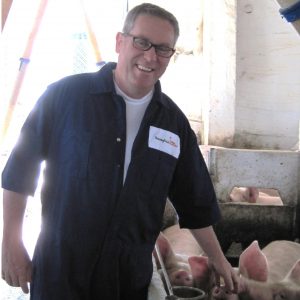