African Swine Fever might have been a problem in Eastern Europe for a few years now, but in Sub-Saharan Africa it has been the number 1 problem keeping investments in the pig industry at bay. Expert contributor Fernando Rodríguez explains why.

My first entries in Pig Progress have been devoted to glorify the best human invention: vaccines, magic bullets that facilitate succeeding at controlling infectious diseases. Even though this is my favourite topic, for a change I would like to dedicate these brief lines to recognise the magnificent effort made and or to be made by those compromised in the past, in the present and in the future to fight African Swine Fever (ASF) without any vaccine available to help in the task. In this particular occasion I will centre my recognition to those working in Africa.

To understand their titanic effort, I will start by briefly introducing the current situation of ASF in the area. ASF is a highly infectious viral disease described for the first time in Kenya in 1921, remaining today endemic in many Sub-Saharan countries. Conversely to that occurring in Europe, where both domestic and wild pigs are highly susceptible to the virus, ASF virus (ASFv) in Africa circulates in a complex sylvatic cycle between their natural reservoirs: warthogs (a wild pig) and Ornithodoros (a tick) and the domestic pigs, only susceptible host to the disease.

As warthogs, other African wild pigs, including the bush pigs, can be infected by ASFv without suffering any evident clinical signs but continuously shedding virus to the environment. Thus they are contributing to the complex epidemiological situation today existing in Africa, with 23 different ASFv genotypes currently circulating, stronger than ever, in the area, thus becoming not only a local but a global problem, as demonstrated with the last ASFv exportation to Europe in 2007.

A warthog, a natural reservoir for ASF virus, Marie-Louise Penrith and Tom Spencer

The global fight against ASFv has been historically coordinated by the World Organization for Animal Health (OIE) and the UN Food and Agriculture Organization (FAO), with the contribution of the competent agencies and bodies from the governments of the affected countries. The obliged declaration of ASFv to the OIE and the creation and maintenance of international reference laboratories have greatly contributed to keep ASF under relative control avoiding its world-wide dissemination.

Unfortunately enough, the reality of the poor affected countries in ASFv-endemic countries of Africa have made difficult the implementation of the OIE-recommended control measures, such as stamping out policies that require compensation to the farmers for their lost.

ASFv has been identified without any doubt as the number 1 cause preventing a stronger investment in pork industry in Africa; a sector that in spite of the endemic presence of ASF  is continuously growing. Lack of vaccines available complicated even more the task of the agents involved in controlling ASFv in Africa, but unfortunately, this fight could not wait for this to become a reality.

However, not everything is bad news. The relatively low efficacy of ASFv to spread, needing direct contact to be efficiently transmitted, has allowed achieving small progresses and today we can share some successful stories demonstrating the ASFv can be preventable through the implementation of simple biosecurity measures.

Reducing the ASFv pressure in Africa not only will have a very beneficial impact in the African economy would also reduce the chances of exporting the virus, thus becoming a global success. Succeeding at a bigger scale would need major investment. This is not unique for ASFv… we will keep waiting for benefactors.

I strongly recommend readers to take a look at this webinar on ASF regional strategy, which perfectly exemplifies the coordinated actions performed at the regional level to control ASF in infected African countries and to prevent its spread to non-infected ones. As described in the FAO web page, the strategy is based on collaboration and partnerships among farmers, traders, veterinary and animal production services, researchers, governments, civil society.

Fighting ASF is in need of funding

These and other actions devoted to fight ASF in Africa are in the desperate need of funds and benefactors, unique way to transform good intentions in real actions.

That is why I close off in a similar fashion as in my previous contribution, in which I dealt with the development of a vaccine against ASF: our gates should open, to welcome a ‘Gates’. 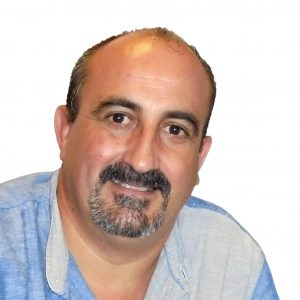