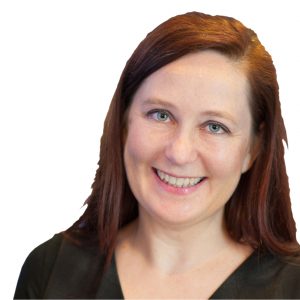 In livestock and aquaculture, feed additives are commonly used to counteract the negative effects of mycotoxins. There are many different kinds of products available on the market, the majority being binders. Some products tackle one specific mycotoxin, while others claim deactivation of several classes of mycotoxins.

At Biomin, we are often asked whether it’s better to focus on counteracting a single mycotoxin, or adopting a broad spectrum approach to mycotoxin risk management. Here are 5 reasons why broader protection is generally better.

Your mycotoxin challenge changes over time

You usually find more than one mycotoxin

The likelihood that feed commodities are contaminated by only one mycotoxin is very low. Results of the BIOMIN Mycotoxin Survey for the first eight months of 2016 show that 69% of more than 6400 samples analysed worldwide were contaminated by 2 or more mycotoxins. Targeting just one may not be enough to protect your animals.

The global trade in raw commodities and feed means that each batch delivered to your door may have come from a different farm, region or even country. Varying weather patterns and sources of origin mean that today’s deoxynivalenol contamination becomes old news a month later…only to be replaced by aflatoxins. That’s a problem, since…

There are essentially 3 ways to counter mycotoxins: biotransformation, adsorption and bioprotection.

An adsorption strategy using binders works effectively against a few types of mycotoxins such as aflatoxins. Aflatoxins are characterised by a polar and flat chemical structure that can be trapped in between the layers of bentonite, a binding material. Research shows that adsorption of other classes of mycotoxins like trichothecenes and fumonisins is not a good strategy. Some governmental authorities like the EU recognised this issue as well, and restrict products’ binding claims to aflatoxins only.

Biotransformation, which turns a mycotoxin into a non-toxic compound, is an innovative, targeted method to tackle fumonisins and trichothecenes. To date, only 2 feed additive ingredients have received EU authorisation for mycotoxin deactivation.

Bioprotection involves an innovative mix of natural ingredients that provides immune and gastrointestinal support and counters toxic side effects caused by mycotoxins.

These strategies can be combined in order to deliver protection against different mycotoxins—which is helpful since your farm probably has more than 1 mycotoxin.

In pigs, deoxynivalenol (DON) and fumonisins (FUM) have a negative effect on gut integrity: they decrease vaccine efficiency and render the animal more susceptible to pathogen infections. Pigs are highly sensitive to DON (vomitoxin), so singling out DON would ignore fumonisins, which due to its cytotoxic action, disrupt gut cell walls—favouring the passage of DON, bacteria and viruses. It leaves the door open to a host of health issues. A broad spectrum approach addresses both DON and FUM, reducing the threat to your operation.

Masked mycotoxins are compounds that are slightly modified from the original form, hence they cannot be detected in feeds using conventional mycotoxin detection tools. Generally, a sugar molecule is attached to the mycotoxin. For DON the masked form is DON-3-glucoside. Once the masked form is ingested with the feed, the sugar breaks off and the mycotoxin is released into the gastrointestinal tract, where it can cause harm to your animals. You cannot target what you do not see—so a broad spectrum solution is the safer bet.

Subclinical levels are a serious issue

Clinical symptoms of mycotoxin contamination are relatively easy to spot, like the tip of an iceberg. Beneath the surface, lower (subclinical) levels of mycotoxins are harder to detect. However, prolonged exposure to mycotoxins can result in lower feed intake, higher stress, and impaired immunity. This potentially entails lower performance and higher costs for medical treatment, etc. Consistent, everyday application of a broad spectrum mycotoxin risk management solution can protect animals in these situations.

In light of the negative impacts that mycotoxins can have on animal health and immunity, a broad spectrum mycotoxin risk management solution makes sense as key component of an antibiotic reduction or antibiotic-free feeding program in a way that a targeted solution cannot.

While a targeted mycotoxin deactivation strategy can be useful in specific, acute contamination situations, generally speaking you’ll get more from a broad spectrum mycotoxin risk management solution. For more, read how cutting-edge strategies can combat mycotoxins.