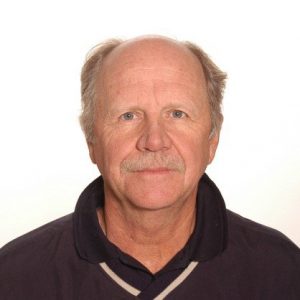 is a private veterinary consultant in South Africa. He has been involved in the swine industry for 35 years. After obtaining his BVSc degree in Veterinary Science at the University of Pretoria in 1974 he worked for a year as a state veterinarian before joining the animal health divisions of firstly Pfizer. and then Hoechst. In 1979 he obtained a BVSc (Hons) degree at the same university in Pig and Poultry Diseases. In 1986 he ventured on his own. Today his practice consists of consulting to numerous swine producers, pharmaceutical companies and feed companies. He is also the sole owner of Harmony Piggeries, an 1820 sow farrow to finish unit as well as Just Pork abattoir where the pork produced at Harmony is value added. Recently a 50% share was acquired in the newly established Malu Pork deboning plant in Kimberley. He is also the owner of a 900 ha cattle farm. He has served on various committees and advisory boards in the South African swine environment.